Hope on the horizon for Kiribati and Tuvalu 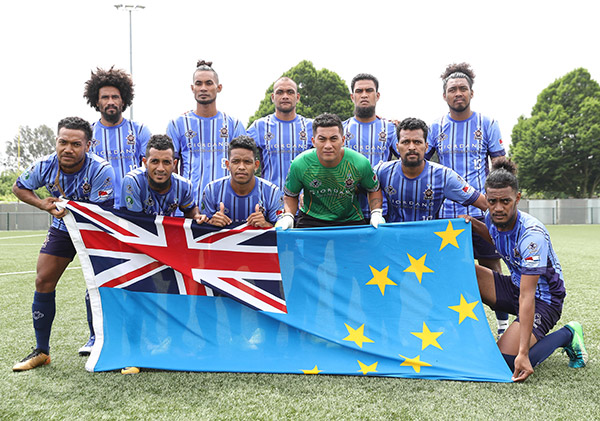 There’s good news on the horizon for two CONIFA members. Both Kiribati and Tuvalu look set to start playing football under the Oceania Football Confederation (OFC).

In the post, Tinilau stated that the OFC, the governing body for football in Oceania under FIFA, had decided to restart their Associate Membership.

“They’ve agreed to work with Associate Members including TIFA, and provide funding again. They’ll also allow us to take part in their OFC tournaments,” the post read.

On 16 March, the news was officially confirmed.

“We had our Executive Committee meeting last month, and I am pleased to inform you that the President of OFC, Lambert Maltock, and the OFC executive members recognised the importance to work with OFC Associate Members and agreed to assist Kiribati Islands Football Federation (KIFF) and Tuvalu Football (TF) to develop football,” OFC General Secretary Franck Castillo wrote in an email to the website Football In Oceania.

“As Associate Members, KIFF and TF will be invited to take part in some of our development programmes and will receive technical assistance from the football division. The OFC Football Division will be in touch with them to assess the situation and needs, develop a proper football development strategy and an operational plan. We can also assist them in building their budget,” Castillo continued.

He confirmed that the two CONIFA members will be able to participate in OFC tournaments, hopefully starting from 2021 onwards.

The two FAs will also get 30,000 NZD (circa $18,000 or €16,000) in funding to be used for footballing activity in the two countries.Disclaimer: the author of this article is part of the CONIFA media team and also runs the website Football In Oceania.