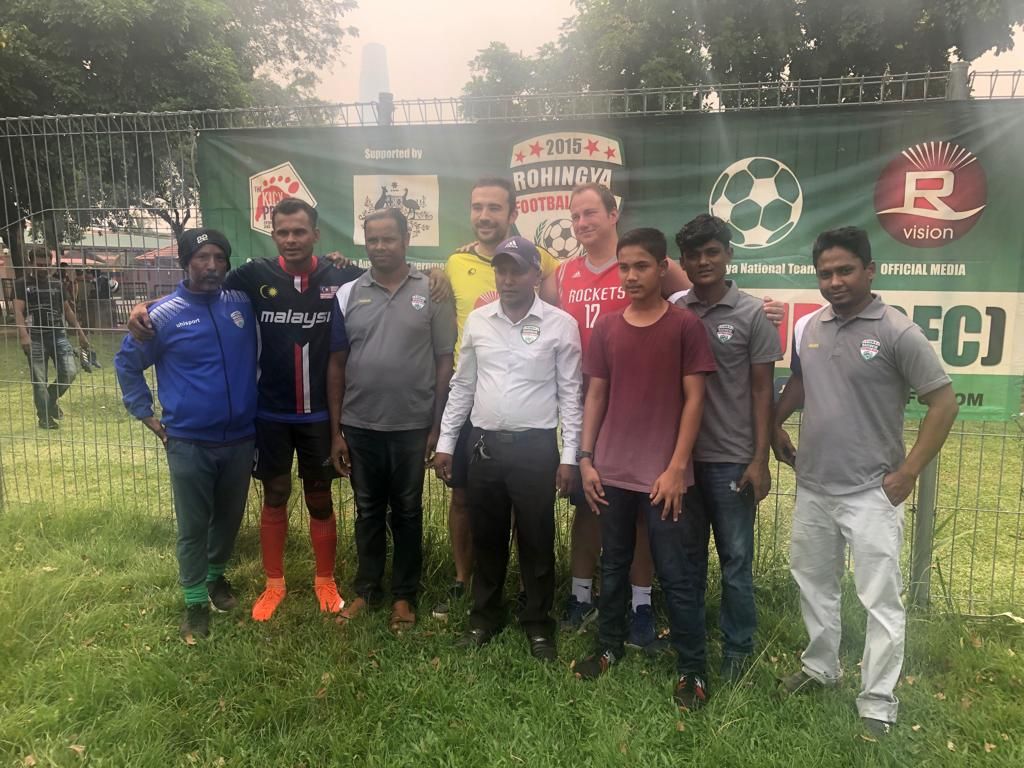 The CONIFA Asia committee travelled to Malaysia in September, to meet with relevant local stakeholders, as well as visiting and supporting the Rohingya FC team. Rohingya is a CONIFA member who is based in Kuala Lumpur.

The main meetings held in the country were focussed on exploring and analysing whether Kuala Lumpur and Malaysia would be able to host the first CONIFA Asia Cup. Among the stakeholders at the meeting were business people, media figures, human rights advocates and sport professionals who felt encouraged by the visit and are positive about the future organisation of the tournament in the country.

Jens Jockel mentioned that he felt optimistic about the local developments achieved so far and believes that “Kuala Lumpur has the potential to be a first-class venue for a CONIFA tournament in every sense.”

Another highlight of the trip was a visit to the Rohingya FC team playing in its regular weekend tournament in the outskirts of Kuala Lumpur. Staff members and players alike were happy to see the CONIFA officials for the second time this year. Local Rohingya teams meet every weekend and play a tournament on a free-of-charge pitch, where they are proud to show off their skills, dressed in some of the kits that CONIFA had donated to them earlier in the year.

Jens Jockel and Oscar Mussons were able to play for 15 minutes for one of the teams, and got a good impression about the technical abilities of the players, but not so much on the irregular conditions of the field!

Oscar Mussons felt that one of the main reasons the Asia Committee decided to explore the possibility of hosting the Asia Cup in Malaysia is due to the fact that the Rohingya FC is located in Kuala Lumpur. “Having an existing team in the country makes a big difference. We not only want to provide them (Rohingya FC) with support and assistance, but we want to make them feel empowered, so that they have the confidence to help us host a top-class international tournament.”