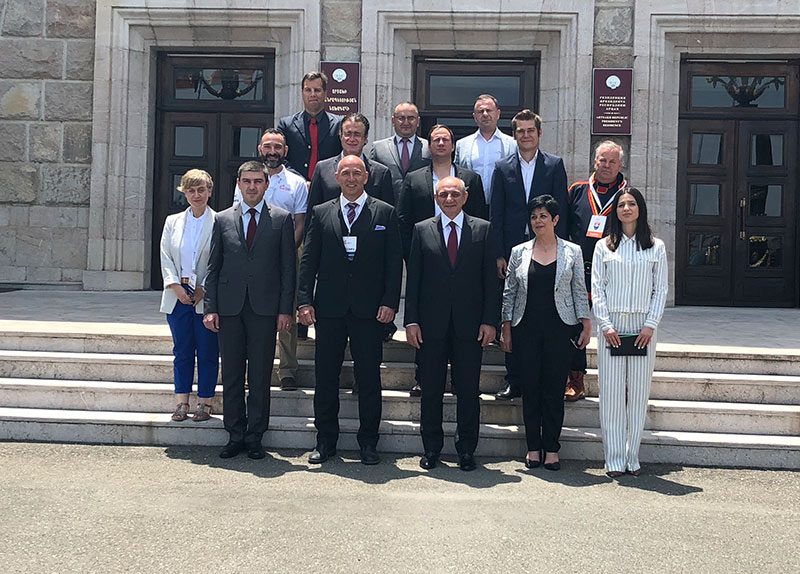 On Friday 7 June, a delegation from CONIFA met with Artsakh President Bako Sahakyan and members of his government. The meeting, which lasted for 45 minutes, was a chance for CONIFA President Per-Anders Blind to express his gratitude to the Artsakh government and people for their hospitality and generosity in hosting the CONIFA Sportsbet.io European Football Cup 2019.

President Sahakyan expressed his view that CONIFA is much more than just a football organisation. Where diplomacy has failed for decades, he said, CONIFA make it possible for people-to-people interaction to happen – and thus foster friendly relations between people around the world.

President Sahakyan has told the head of the OSCE Minsk Group, which is negotiating across the conflict in Nagorno-Karabakh, that the group should take a close look at CONIFA and its actions, because it is more efficiently softening the isolation Artsakh suffers from than official diplomacy ever can.

The President also thanked CONIFA for coming to Artsakh and added that he was grateful to all the teams, who have brought so much to the tournament. He also mentioned that he hoped to attend CONIFA World Football Cup tournament, so he can hopefully meet again all of his new friends from around the world.

CONIFA thank the President, his government and all the people of Artsakh for the incredible welcome they have received while staying in the region for the tournament.