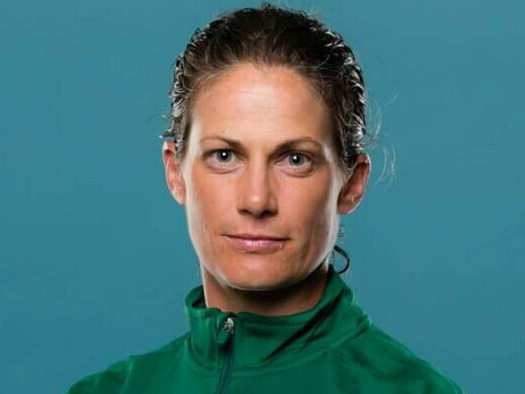 The former USA international takes up her role with immediate effect

CONIFA is delighted to announce the appointment of Kelly Lindsey, former USA international footballer, to the role of Director of Women’s Football. Kelly is tasked with developing women’s football across CONIFA’s membership, as well as looking to set up an inaugural Women’s World Football Cup in 2021.

Kelly joins CONIFA in a voluntary capacity (as is everyone who works for CONIFA) and will be working in tandem with her current role as Head Coach for the Afghanistan National Women’s Football Team, a position she has held since 2016. This challenging environment makes her ideally placed to take up the role of Director of Women’s Football with CONIFA.

Now based in Hong Kong, Kelly’s playing career began with Notre Dame University’s women’s football team, where she was two-time team captain. Upon graduation in 2001, she was the number-one pick of the Women’s United Soccer Association college draft in 2001. Her team, the San Jose CyberRays, went on to win the world championship that year.

In addition, Kelly played internationally for the USA women’s football team at U16, U21 and women’s national team levels from 1995-2002.

A series of knee surgeries led to Kelly retiring from playing, and beginning her coaching career. In 2003, she guided the University of Colorado to their first ever NCAA tournament selection, before going on to coach at the University of Texas and Saint Mary’s. She then took the helm of Sky Blue FC, part of the newly formed Women’s Professional Soccer League, going on to win the 2009 Championship. Additionally, she has coached the USA U21 women’s team as well as on the USA U14 national development programme.

‘With such an exceptional playing and coaching career, and such a wide range of experiences in women’s football, there was no doubt in our minds that Kelly was the number-one choice for the new role of CONIFA Director of Women’s Football. All of us in CONIFA are over the moon that Kelly has decided to take up this challenge, and we are all committed to assisting her in developing women’s football across CONIFA over the next months and years.’

‘I am extremely grateful to be joining the CONIFA family, a sports governing body that puts its people first, builds bridges through sport, and provides a place and space for the sport of football to transform and empower lives. I am humbled to join the team, have deep appreciation for the work CONIFA does, and will strive to provide the women of CONIFA with a safe place to pursue their passion and play the sport they love with integrity and pride. Thank you to the CONIFA Executive Committee and a special thanks to Paul Watson for their passion in the developing the women’s game. Together we aim to do great things for the women of CONIFA.’

Everyone at CONIFA extends a warm welcome to Kelly, and looks forward to extending opportunities for the women’s game across all CONIFA members. Find out more about CONIFA’s commitment to women’s football.

And look out for our exclusive interview with Kelly, coming to the CONIFA website soon!