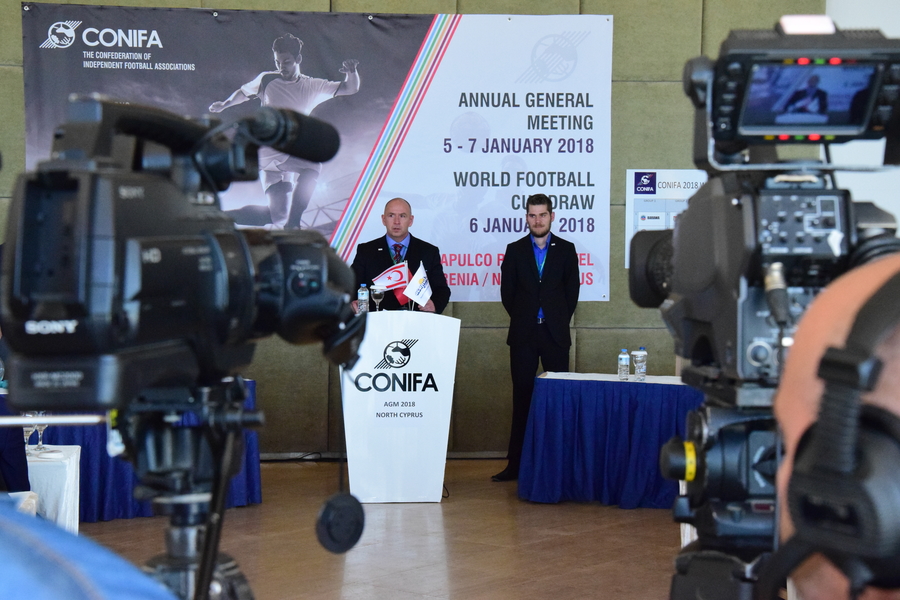 From the all-important 2019 European Football Cup draw to confirming the admission of new members, CONIFA’s annual gathering in Krakow will set the tone for the year ahead…

2018 was a superlative year for CONIFA, as the roster of member associations continued to grow, and the staging of the 2018 World Football Cup in London attracted unprecedented interest across the globe.

It’s in this context in which the organisation enters its 2019 AGM over the weekend of 25th-27th January, with the goal of capitalising on the increased interest in its activities. With all individuals working within CONIFA doing so in a voluntary capacity, the annual general meeting offers a rare opportunity to meet under a single roof and take the decisions that will shape the confederation’s future.

Every year so far, the AGM has taken place in a different city across Europe, with this sixth edition coming to Poland’s beautiful second city of Krakow.

Top of the agenda will be Sunday morning’s draw for the 2019 edition of the European Football Cup. This year’s competition will see CONIFA return to the Caucasus for a second time following the success of the 2016 World Football Cup in Abkhazia, as CONIFA’s European sides head for Artsakh (Nagorno Karabakh).

Sadly, Karpatalya and Northern Cyprus, the reigning WFC champions and runners-up, will be absent from the draw as they are unable to take part. But two-time European champions Padania will be there to defend their title, and are joined by 2016 WFC champions Abkhazia. For the full lowdown on the teams involved and how to follow the draw live, follow this link.

As well as the nitty-gritty of finances and the constitution, those present at the AGM will have the opportunity to hear a presentation from the Somaliland FA on their bid to host the WFC in 2020. The final decision on a host for the tournament will be taken at a later date.

The meeting will also discuss the admission of the newest members of the CONIFA family, with applications from Australian First Nations Mariya, Chameria, Karen People, Kernow, Laz People, Parishes of Jersey and Sardinia to be ratified.

All the important information and documentation on this year’s AGM can be found here. And we’ll be live tweeting and posting from the AGM on all the important decisions taken over the weekend, as well as live streaming the EFC draw on 27th January via Mycujoo and Facebook Live.

If you are a journalist who would like to attend the CONIFA AGM, please email press@conifa.org