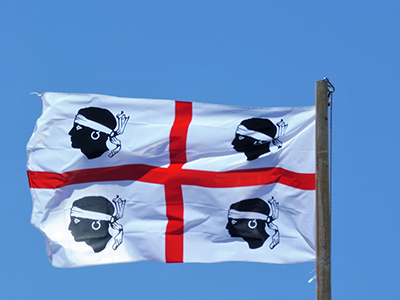 The Federatzione Isport Natzionale Sardu (FINS) will represent Sardinia in the Confederation of Independent Football Associations (CONIFA), it was announced in early October 2018.

The board of CONIFA has approved the membership application from FINS, and the president of CONIFA Europe, Alberto Rischio, said: “We are very happy to count Sardinia as a member of our football federation. We are delighted to welcome FINS, and its president Gabriele Cossu, to CONIFA.”

“It’s a big honour and a great responsibility for us to represent Sardinia at an international level,” Gabriele Cossu, president of FINS, explained. “We believe that sport and the national football team will help to make Sardinia and its culture better known to the rest of the world.”

The initial goal for the Sardinian team is to reach the CONIFA European Football Championship that will take place in the summer of 2019 in Artsakh (Nagorno-Karabakh Republic).

“In the next days, we will announce the management team that will build the national football team,” continued Cossu. “Our main goal will be to involve as many Sardinians as possible, so that we are ready for the European Football Cup in June 2019.”