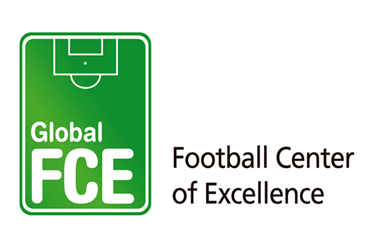 The Confederation of Independent Football Associations (CONIFA) is pleased to partner with Global FCE, an organisation with unique football academy programs in four countries, to provide a month of coaching for the best young player at the forthcoming 2018 Paddy Power World Football Cup.

“We are delighted to bring Global FCE on board as a partner for the World Football Cup, the beginning of what we hope will be a long-term relationship,” said CONIFA Vice President Kristof Wenczel, who arranged the deal. “Global FCE provide fantastic programs for talented young footballers, and we see this partnership as a way reward the best young player at our biggest tournament yet.”

Global FCE (Football Center of Excellence) provide personalised academic and sporting programs for hundreds of young football players each year, across its academies in Spain, Holland, United Kingdom and the United States of America. The organisation has a strong relationship with Spanish La Liga, American MLS, Dutch and Belgium clubs.

“Global FCE is excited to be partnering with CONIFA,” said the organisation’s President, Christiaan Vermeeren. “We share many core values with CONIFA, and cannot wait to witness the high quality of football at the 2018 Paddy Power World Football Cup.”

The winner of the young player award, to be announced during the closing ceremony on Saturday 9 June, will get a month of training and coaching during camps at Global FCE’s academies in Holland and Spain. “The player will get a unique football and life experience,” said Vermeeren. “During the year we will also support him with advice and possible trials at clubs within our network.”

CONIFA is an international football federation for teams outside of FIFA, with members including states, de facto states, regions, minority groups and sports-isolated territories. CONIFA is a non-profit organisation registered in Sweden. The 2018 Paddy Power World Football Cup will be held in London from 31 May to 9 June.