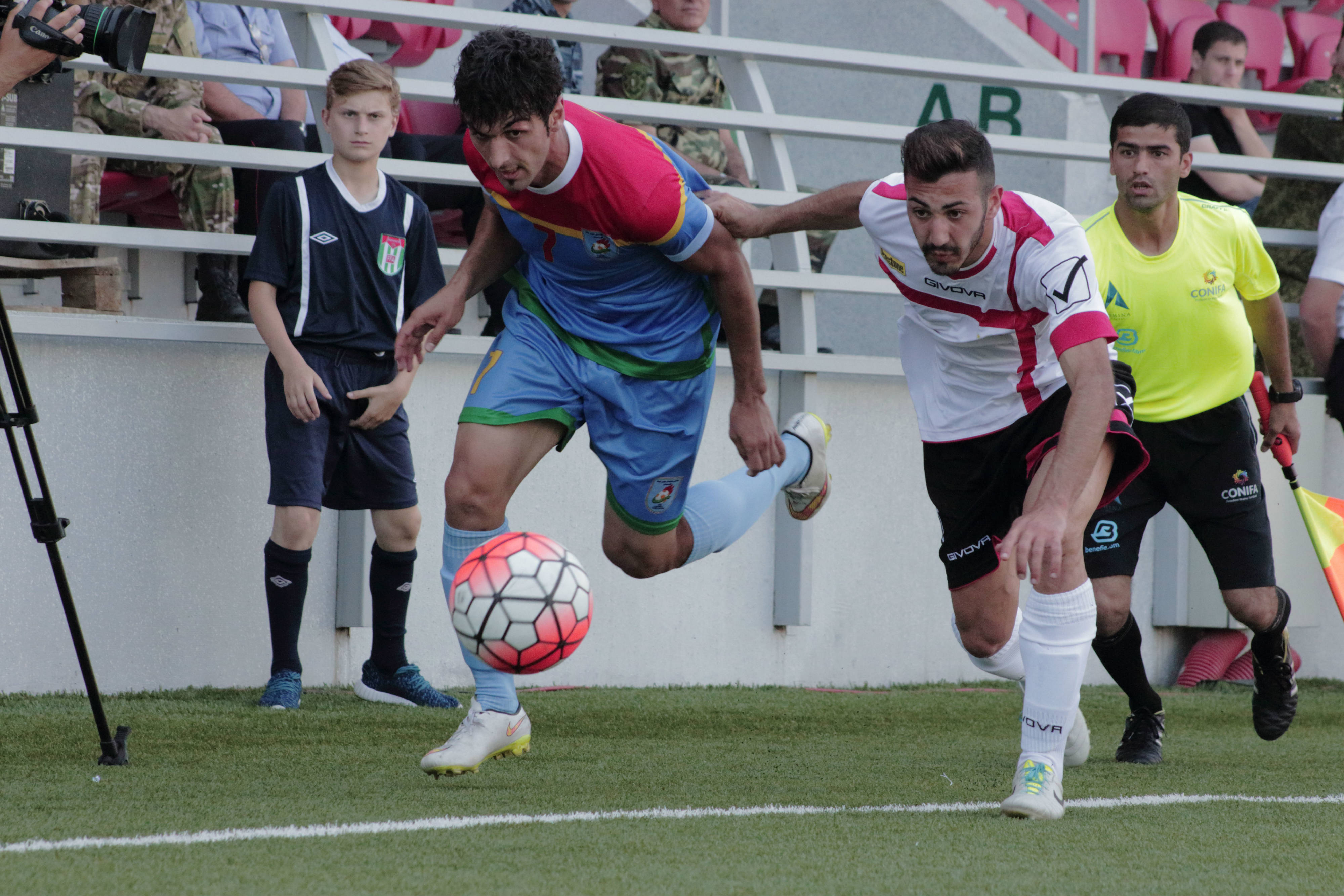 The knock-out stage of the 2016 CONIFA World Football Cup continued on Thursday, with two games in Sukhum. Gagra, meanwhile, hosted two placement games. Check out our full match wraps below.

The sides were locked at four goals apiece after regulation penalties, with a series of tense sudden-death spot-kicks ensuing. Kurdistan missed on their eight attempt, but Padania’s final penalty taker made no mistake, sealing the win for CONIFA’s European champions.

Padania will now face Panjab in the first semi-final on Saturday.

Panjab continued their dream run at the 2016 World Football Cup, surviving a Western Armenia comeback to claim a semi-final berth in Sukhum. The British-based team, who represent the Panjab region of India and Pakistan, have been the tournament’s surprise package with wins over both Sapmi and Somaliland prior to the quarter-final.

A first-half hat-trick to Darlington striker Amar Purewal looked to have secured Panjab a third consecutive win, before two Western Armenia goals raised hopes of a thrilling comeback. Panjab’s defence held in the final minutes, though, to ensure them a clash with Padania in the next round.

“Our manager told us to start defensively, so we certainly did not expect to go three goals up so quickly,” explained midfielder Amaruir Sandhu at the post-match press conference. “Then we just had to hold on.”

Somaliland 3 – 2 Chagos Islands, Gagra
Those attending match seventeen in Gagra were treated to a thriller and the biggest comeback of #Abkhazia2016 so far. Somaliland and Chagos Islands met in a battle between fan favourites, with Somaliland squeaking out a 3-2 win.

Chagos Islands scored their first goal of the tournament early in the match and followed that up with a second shortly after the halftime break. However Somaliland stormed back with three straight strikes, including a brace by forward Moebarik Mohamed, to secure a comeback victory.

The energy of the crowd helped fuel Somaliland to victory, according to their players, who have have gained a lot of love from the locals in Gagra. “They really took to us and we took to them, as well,” said centre-half Guiled Aden. “They have pretty much adopted us.”

Sabrina Jean, coordinator and founder of the Chagos Islands side, lamented her side’s injury woes but loved the effort she saw on the pitch. “A win or loss for our team, I’m very proud of our boys,” she said. “They play with their heart.”

Unfortunately due to technical difficulties no highlights are available from this game.

The afternoon clash in Gagra was a decidedly more one-sided affair, with Szekely Land putting a couple of disappointing results behind them to beat Raetia 7-0. The crowd’s enthusiasm held strong throughout the match, cheering equally hard for the last-minute penalty as they did for the opener.

Despite the result, one Raetia fan went home happy: six-year old Muscovite Vanya has been a diehard FA Raetia fan since coming across the team on Facebook at the tender age of four. His parents brought him from Moscow to watch his heroes play in Gagra.

Sporting his handmade “I ❤️ Raetia” shirt, Vanya cheered for the squad. After the match the players hoisted the child on their shoulders and gave him a game-worn jersey, as well as signing Vanya’s prized t-shirt. Fan and players alike, embodying the spirit of the CONIFA World Football Cup.